The initial moment of the Friday concert (entitled Famous Ballets“) was special. Tacit standing audience and the Ukrainian hymn played by the Poznan Philharmonic Orchestra, among which there are also musicians from Ukraine. Then silence… During these first minutes of the evening each of us had vivid mental images taking place beyond our Eastern border. Due to the Ukrainian tragedy we changed the concert’s program. Instead of the joyful Coppélia by Léo Delibes there were two Intermezzos from the operas by Pietro Mascagni (Cavalleria Rusticana) and Giacomo Puccini (Manon Lescaut).

Even the words that came from the stage were different from the ones we would have expec-ted at a concert not long ago. But as conductor Adam Banaszak said, that’s not the moment for colourful tales filled with anecdotes about works and composers, although he had prepa-red himself carefully for the concert in his home town. In lieu of them there was only music. Thanks to this music for a few tens of music we could find ourselves in the world of love, well-being and peace, as Adam Banaszak added. 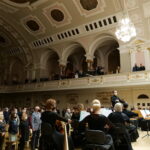 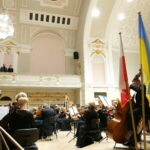 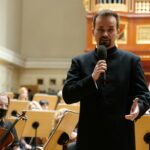 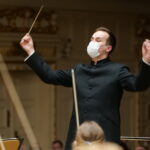 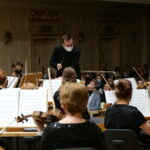 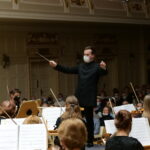 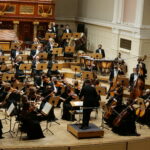 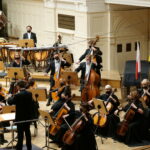 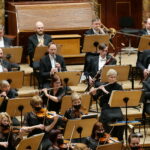 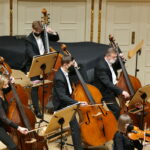 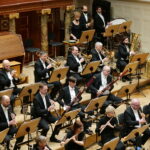 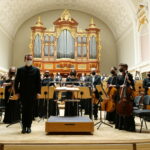