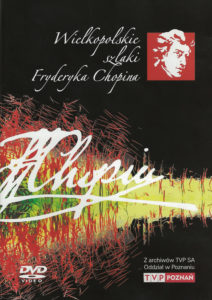 Frederic Chopin spent the first half of his life in his homeland, while the other one in Paris. Therefore, Warsaw and Paris share this unique existence, even though those two milieus, in which Chopin led his life, bear hardly any resemblance. Chopin – as an artist and a person – matured in the first half of his life – this is when his sensitivity and personality were shaped. We possess vast knowledge of Chopin´s relations with Warsaw and Mazovia Province. Little do we know, however, of his contacts with Greater Poland Province, even though they played a significant role in his life and works. Thanks to this DVD one may follow Chopin´s footsteps in Greater Poland Province and discover places he or she has never reached before.