After the competition and concert marathon he changed the piano keyboard into… the steering wheel. And he was just as much focused on it as during the contest auditions or the magnificent concert he gave on Saturday evening with the Poznan Philharmonic Orchestra and won the hearts of the audience. However, Bruce Liu’s memories from Poznan will not only involve the fantastic ovation of the listeners (and the three encores he gave), but also the surprise we have prepared for him.

When Wojciech Nentwig, the Managing Director of the Poznan Philharmonic, found out about Bruce Liu’s carting passion, he decided he would enable the pianist to drive go-karts. The idea was carried out thanks to the courtesy of the owner of the indoor kart track E1Gokart in Skórzewo near Poznan.

He didn’t go on track alone though, but with a formidable opponent – an 18-year-old Kacper Nadolski from Poznan, National Karting Team contestant who represented Poland in the international competition in the KZ2 category. When Kacper, currently competing with the best karting drivers in the world, heard about the Chopin Piano Competition winner’s hobby, he got in touch with us. We joyfully welcomed his offer to race against Bruce. Soon it turned out that Kacper also managed to contact Bruce via social media. A correspondence was established.

First they met after the rehearsal for the Saturday concert, and then on track on Sunday. It was a very emotional moment given the fact that Bruce got on the go-kart after… a two-year-long break caused by the pandemic.

They both like competition. After the final concert Bruce Liu said: ‘Contests help musicians develop. Some say they are not good for musicians, but for me they are inspiring. If you are passionate about something, just keep doing it. Don’t look at others, what they say or think. Follow what you feel is good for you. You will always encounter failures, problems and negative people on your way, but in these moments you have to keep going and not give up.’

‘You can’t compare emotions accompanying the races with anything else. It is my greatest passion’, admits Kacper Nadolski. ‘That’s why I work hard every day to follow my dream: become the… Formula One World Champion.’

Bruce Liu left Poznan with unforgettable impressions, not only musical ones. In a few days he is going to give concerts in Japan. Four-months-long world tour and plenty of concerts await him. When we inquired about his immediate plans he honestly confessed that right now he dreams about… having a decent sleep.

Poznan Philharmonic would like to extend our thanks to Mr Tomasz Gontarek, owner of E1Gokart, for sharing the karting track to Bruce Liu. 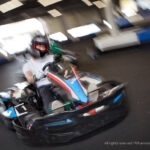 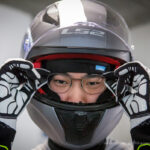 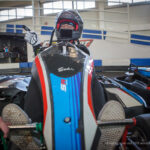 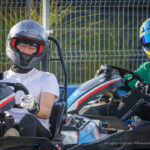 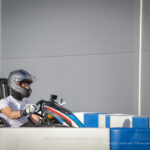 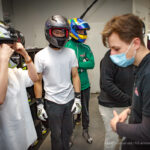 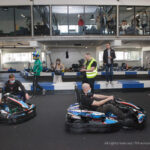 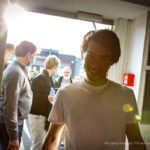 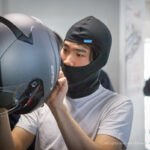 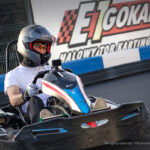