‘There is no better address for culture and music than the premises of the Poznan International Fair, located in the centre of Poznan, nearby the railway station and the bus station’, said Jacek Jaśkowiak, President of the city. ‘We have proven on many occasions that the city can cooperate with the government of the Wielkopolska Voivodeship. I am convinced it will be the same this time’.

President Tomasz Kobierski underlined, that the idea to build the hearquarters of the Poznan Philharmonic fits in the strategy of Poznan International Fair Group, which is going to develop along two directions: the trade fair one, as well as a place for culture and art. ‘Within this strategy a Culture Zone comes into being, which includes pavilions 1, 2 and 12, and the square between them, plus the future building of the Poznan Philharmonic.

Marshal Marek Woźniak, who complimented the contribution of the Managing Director Wojciech Nentwig for the Poznan Philharmonic, stated that the time has come for that institution to get a modern building according to its high status, as well as to the expectations of the audience, at-tending concerts in large numbers. As planned, the building is to be multifunctional, modern and beautiful.

‘We already know the conditions under which it can be constructed, so next year an international architectural competition for a project that would take all our expectations into account will be announced’, added Marek Woźniak. ‘We have allocated PLN 450 thousand for that purpose. The building should contain a concert hall of 1,400 seats and chamber music hall for 300 seats, rehear-sal rooms, dressing rooms and the administrative component. Concert halls, besides having excel-lent acoustics, shoud also meet the requirements of the recording studio’.

Marshal Marek Woźniak makes no secret about the fact that new headquarters should ensure not only the safety and suitable working conditions the artists of Poznan Philharmonic but, when available, also other artists from Poznan, Poland and the whole world.

The authorities of the Wielkopolska Voivodeship estimate that the investment costs may amount to PLN 350 million. The money can come from several possible sources. The most optimistic option is Union perspective for 2021-2027.

Marshal Marek Woźniak expressed his hope that ‘the Philharmonic will still have an opportunity to perform from time to time in the AMU Concert Hall, one of the best-sounding halls in Poland’.

‘10th of December 2021 is an important and, I believe, a happy date in the history of our institu-tion’ said Wojciech Nentwig, the Managing Director of Poznan Philharmonic. 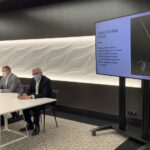 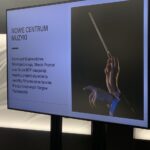 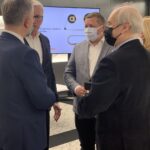 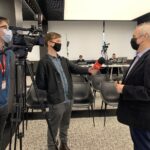