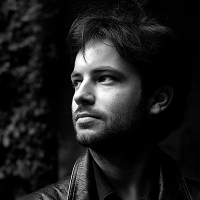 In 2008, he was awarded the Passport prize of “Polityka” magazine, in 2011 – the Coryphaeus of Polish Music prize, in 2013 – the Cyprian Kamil Norwid Prize, and in 2014 – the Tansman 2014 prize for outstanding musical personality.

Following his operatic debut with Wolfgang Amadeus Mozart’s Don Giovanni at the National Opera in Warsaw, he has conducted over 180 opera and ballet performances at the venue, incl. premieres of Orfeo ed Euridice by Christoph Willibald Gluck, The Rite of Spring by Igor Stravinsky, Midsummer’s Night Dream by Felix Mendelssohn Bartholdy and György Ligeti, Romeo and Juliet by Sergey Prokofiev, and Balety Polskie. Has also conducted premiere performances of Don Giovanni by Wolfgang Amadeus Mozart, Eugène Onegin by Pyotr Tchaikovsky, Stanisław Moniuszko’s Halka and Karol Szymanowski’s Król Roger at the Cracow Opera, Die Zauberflöte by Wolfgang Amadeus Mozart, Rusalka by Antonin Dvořák, Bluebeard’s Castle by Bela Bartók and Dido and Aeneas by Henry Purcell at the Wielki Theatre in Łódź, as well as Karol Szymanowski’s King Roger at ABAO Opera in Bilbao, and Don Giovanni by Wolfgang Amadeus Mozart at the Polish Royal Opera. At subsequent editions of Ludwig van Beethoven Easter Festival, he has presented and recorded thirteen forgotten operas. Łukasz Borowicz has also conducted concerts at festivals in Pesaro (recital by Ewa Podleś), and Schleswig-Holstein (Halka by Stanisław Moniuszko with the NDR Orchestra). In October 2018, he conducted the performance of Les Huguenots by Giacomo Meyerbeer at the Opéra Bastille to become the first Polish conductor in the history of the Paris Opera. In December 2019, he conducted the premiere performance of Halka by Stanisław Moniuszko at the Theater and der Wien. Directed by Mariusz Treliński, it featured the tenor Piotr Beczała (Polish premiere of the production was held at the National Opera in Warsaw in February 2020).

Łukasz Borowicz’s discography comprises 100 albums. He has recorded the complete violin concertos by Grażyna Bacewicz for Chandos (with soloist Joanna Kurkowicz). The complete symphonic works by Andrzej Panufnik recorded with the Polish Radio Orchestra and the Konzerthausorchester Berlin for cpo have been recognised with the Special Achievement Award ICMA 2015. His collaboration with Piotr Beczała on the Deutsche Grammophon recording of Heart’s Delight (with the Royal Philharmonic Orchestra) has certified Gold in Poland.

Łukasz Borowicz' recent recordings made with the Poznań Philharmonic Orchestra include the opera Djamileh by Georges Bizet, symphonies No. 2 and 3 by Feliks Nowowiejski, the two-CD album “Stanisław Moniuszko, Cantatas Milda/Nijoła, the opera Paria by Stanisław Moniuszko, the album “Concerto symphonique pour piano et orchestre op. 62 /Music from the opera Luisa di Monfort” by Michał Bergson, as well as the operas Faniska by Luigi Cherubini and Kashchey the Immortal by Nikolai Rimsky-Korsakov (all for DUX).