THIS CONCERT WAS DIFFERENT FROM THE PREVIOUS ONES. On stage, by the orchestra, flags: Ukrainian and Polish. Before Łukasz Borowicz found himself in front of Poznan Philharmonic Orchestra, Karolina Niementowska (Director of Communications of the Poznan International Fair Trade Group), as the Friday concert was the 136th Poznan Internatio-nal Fair Concert and Antoni Hoffmann (Poznan Philharmonic) entered the stage. Instead of an in-troduction to the works which were to be performer, there were only words regarding the tragedy unfolding beyond the Eastern border of Poland. Then a shared moment of silence which comme-morated the victims of the Russian invasion of Ukraine.

The concert had no verbal introduction. Only the music of Maurice Ravel resounded: Tzigane (An-na Ziółkowska – violin), Piano Concerto in G Major (Michał Francuz – piano), Rapsodie Espagnole and Boléro. For the encore: Pavane for the Dead Princess. 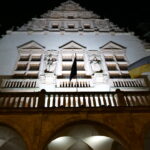 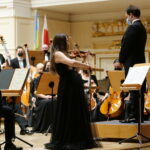 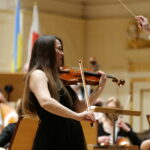 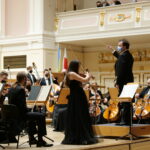 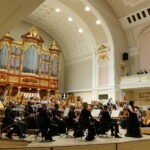 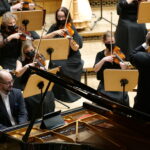 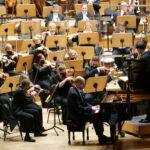 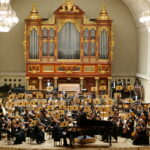 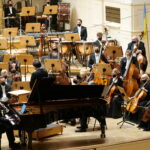 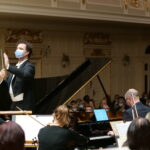 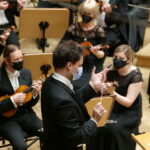 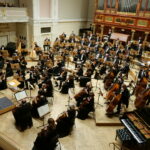 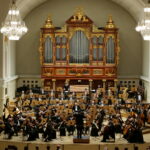 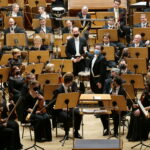 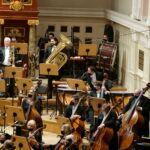 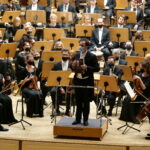