The memorial plaque commemorating the cooperation of Maestro Marek Pijarowski and the Witold Lutosławski National Forum of Music was exposed on Friday evening (5th of November 2021) in the Avenue of Stars in front of the NFM building on Freedom Square in Wroclaw. This unusual event predated the jubilee concert during which Maestro, who this year celebrates his 70th birthday anniversary and the 50th anniversary of his artistic work, conducted the NFM Wroclaw Philharmonic Orchestra and performed Symphony No. 3 in E-flat major, Op. 55 “Eroica” by Ludwig van Beethoven.

The plaque of Marek Pijarowski in the NFM Avenue of Stars, which was created in 2016 and marks the affiliations of the most brilliant artists with Wroclaw, has found itself in a distinguished company. The first unveiled plaque belonged to Christoph Eschenbach. Today the Avenue commemorates such artists as John Eliot Gardiner, Krzysztof Penderecji, Zubin Mehta, Stanisław Skrowaczewski, Krzysztof Jakowicz, Paul McCreesh or Giovanni Antonini.

We cordially congratulate Prof. Marek Pijarowski, who since 2007/2008 until 2020/2021 season held the position of the Chief Conductor of the Poznan Philharmonic Orchestra! 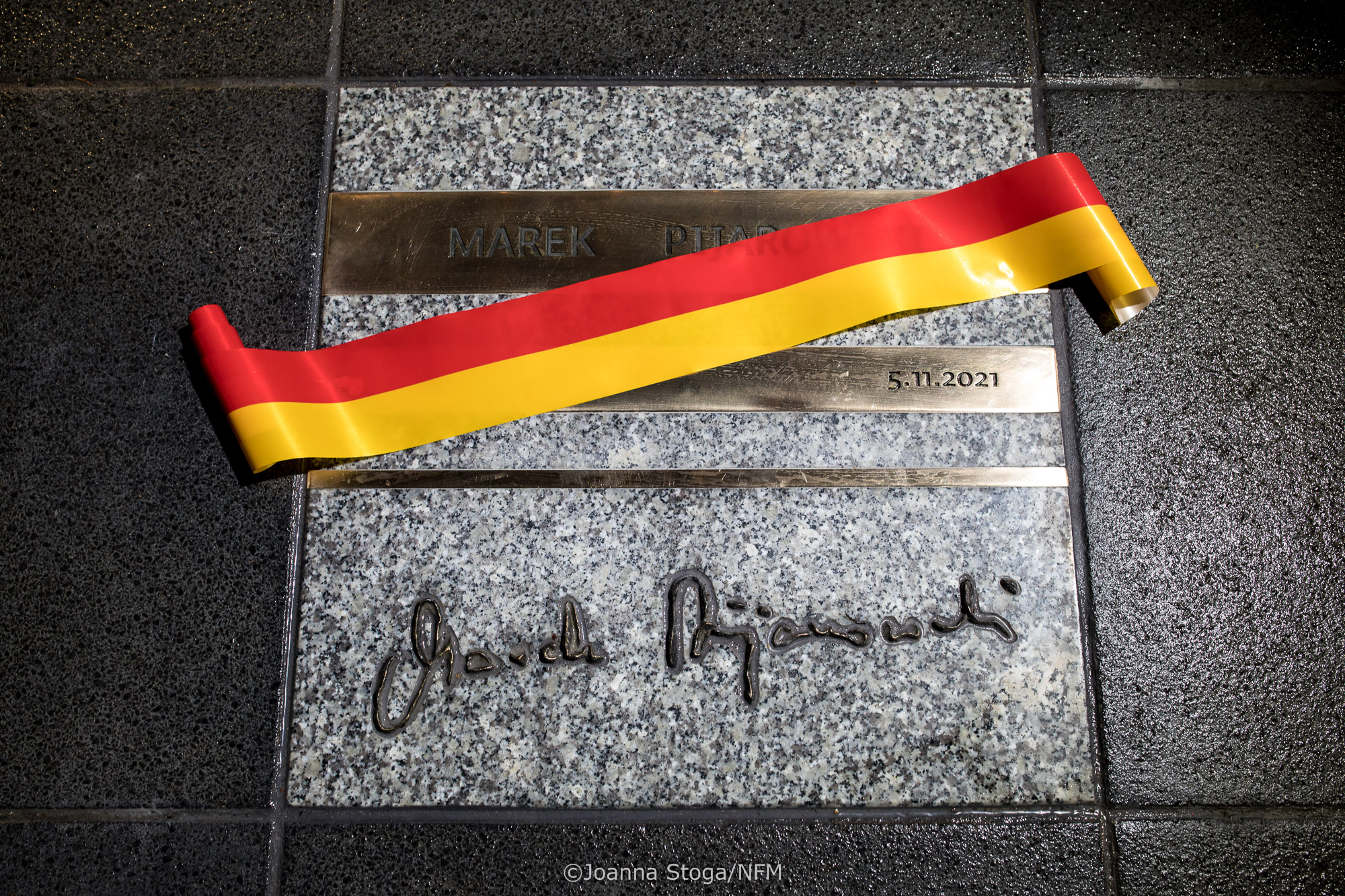