The day before the celebrations of the feast of the Saint Apostles Peter and Paul, patrons of the Poznan cathedral, in the archepiscopal residence a prize-giving ceremony of the Archbishop of Poznan’s Award was held to honour remarkable achievements in the field of Christian culture. Poznan Philharmonic was among this year’s laureates.

On the invitation of the Poznan Philharmonic, the ceremony was graced by the performance of Andrzej Wierciński, a young pianist preparing for this year’s edition of the Chopin competition in Warsaw who played Ballade in F minor, Op. 52 by Frédéric Chopin. 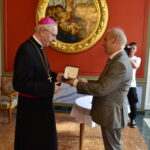 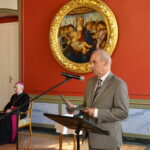 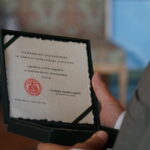 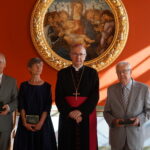